Your humble photographer/videographer at your service :)
Email me at lavalee808@gmail.com
-- Biography below:
Read More 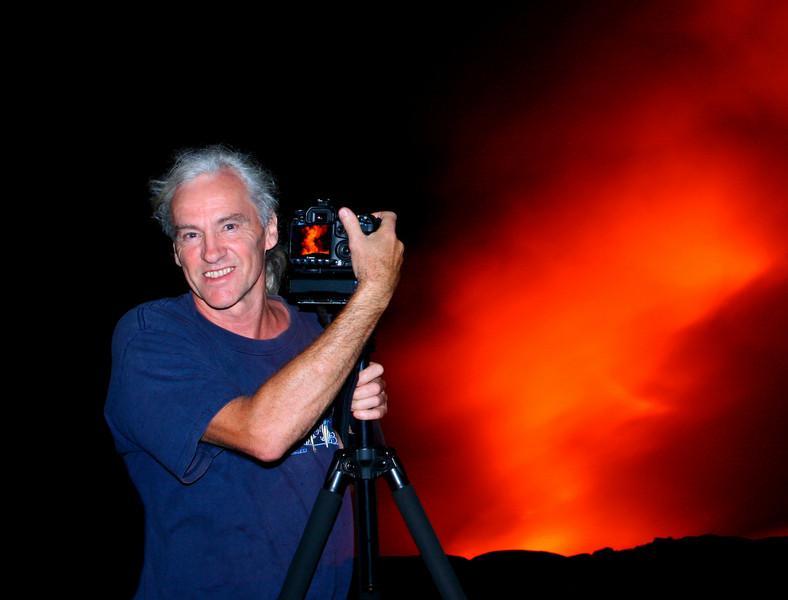 The guy behind the camera lens ;)

Veteran photographer and videographer Leigh Hilbert primarily takes pictures to honor and celebrate the natural beauty and wonders of this planet, including the creatures we share her with. (Check out his surreal three and a half minute film ELEMENTALS on the homepage of his videography website here: http://digitalnectar.ca )

For more than three decades Leigh’s award winning photos have been published in a variety of newspapers, magazines and books in the US, Canada, Japan and Europe. His photos are also displayed in numerous galleries. In the past, Leigh taught courses in basic SLR photography, including darkroom technique, at a community college for two years.

Leigh was born and raised in Seattle, Washington and moved to the Big Island in 1998, then back to his west coast roots in 2014.

Leigh tells how he began taking photographs as a child using a simple box camera given to him by his Great Aunt. His passion for photography continued to grow and for a high school graduation gift his father gave him a Pentax SLR camera, fuelling his passion for years to come. He switched from photographic films to digital SLR's in 2007 . He currently uses high-end Canon camera’s with a large array of optics; shooting both still images and digital video.

During his sixteen years living on Hawaii Island, Leigh was obviously enamored by the exotic diversity of the Big Island’s ecology, it's history and culture. This lead to endless exciting photographic possibilities; “It is a place of great passion and inspiration,” he says.

In Hawaii, besides appearing in Big Island art galleries and shows, his images have been used in leading TV news stories and have graced the covers of local publications an been highlighted in articles and stories in magazines such as Luana and Hawaiian Airlines HanaHou! in-flight magazine and many others. A photo essay featuring his stunning lava images featured in Halekulani Living magazine was a finalist for "Best photo essay" in the Maggie Awards. Leigh has also published sold-out limited edition lava book.

In recent years Leigh has become well known as a high definition videographer of Hawaii Island’s Kilauea lava flows. Check out what we mean and watch this! http://digitalnectar.ca/2016/01/04/featured-movie/ . His extreme molten lava action videos are highly sought after and have been used in many national news reports, TV specials and volcano movies the world over.

During some of the more exciting molten lava periods, for about four of those years, Leigh documented the active coastal eruptions of molten lava spewing from Kilauea Volcano lava flow; from mountain to sea; all chronicled on his world famous (now retired) blog called Hawaiian Lava Daily. http://hawaiianlavadaily.blogspot.ca -- The blog still is an exciting account of on-site lava action! During those years, Leigh resided at Kalapana Gardens, only a few miles from Kilauea’s active lava flow pouring into the sea until the lava quit flowing in that area in August 2013. In July 2016 molten lava once again erupted its way from crater to sea, but Leigh has resisted returning to film the molten rock and instead, now literally focuses on new projects including a documentary based on a world famous story his mother wrote.

Leigh moved to British Columbia, Canada in 2014 to be with family and has begun a new business called Digital Nectar Videography, which offers filmmaking services of all kinds: http://digitalnectar.ca/

{Text above lifted from various interviews and art gallery bios}